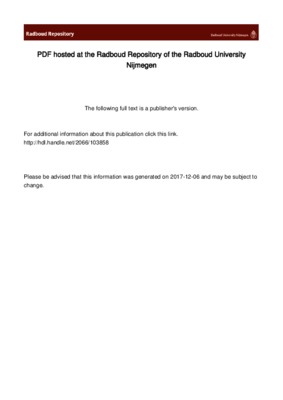 Contains fulltext : 103858.pdf (publisher's version ) (Open Access)BACKGROUND: Azoles play an important role in the management of Aspergillus diseases. Azole resistance is an emerging global problem in Aspergillus fumigatus, and may develop through patient therapy. In addition, an environmental route of resistance development has been suggested through exposure to 14alpha-demethylase inhibitors (DMIs). The main resistance mechanism associated with this putative fungicide-driven route is a combination of alterations in the Cyp51A-gene (TR(34)/L98H). We investigated if TR(34)/L98H could have developed through exposure to DMIs. METHODS AND FINDINGS: Thirty-one compounds that have been authorized for use as fungicides, herbicides, herbicide safeners and plant growth regulators in The Netherlands between 1970 and 2005, were investigated for cross-resistance to medical triazoles. Furthermore, CYP51-protein homology modeling and molecule alignment studies were performed to identify similarity in molecule structure and docking modes. Five triazole DMIs, propiconazole, bromuconazole, tebuconazole, epoxiconazole and difenoconazole, showed very similar molecule structures to the medical triazoles and adopted similar poses while docking the protein. These DMIs also showed the greatest cross-resistance and, importantly, were authorized for use between 1990 and 1996, directly preceding the recovery of the first clinical TR(34)/L98H isolate in 1998. Through microsatellite genotyping of TR(34)/L98H isolates we were able to calculate that the first isolate would have arisen in 1997, confirming the results of the abovementioned experiments. Finally, we performed induction experiments to investigate if TR(34)/L98H could be induced under laboratory conditions. One isolate evolved from two copies of the tandem repeat to three, indicating that fungicide pressure can indeed result in these genomic changes. CONCLUSIONS: Our findings support a fungicide-driven route of TR(34)/L98H development in A. fumigatus. Similar molecule structure characteristics of five triazole DMIs and the three medical triazoles appear the underlying mechanism of cross resistance development. Our findings have major implications for the assessment of health risks associated with the use of triazole DMIs