The percentage of Australians taking up Private Health Insurance (PHI) was in decline following the introduction of Medicare in 1984 (PHIAC). To arrest this decline the Australian Government introduced a suite of policies, between 1997 and 2000, to create incentives for Australians to purchase private health insurance. These policies include an increased Medicare levy for those without PHI on high incomes, introduced in 1997, a 30% rebate for private hospital cover (introduced 1998), and the Lifetime Health Cover (LHC) policy where PHI premiums are set at age of entry, increasing for each year older than 30 years (introduced 2000). In 2004 the longitudinal study on Household Income and Labour Dynamics in Australia (HILDA), included a series of questions on private health insurance and hospital use. We used the HILDA data to investigate the demographic, health and income factors related to the PHI decisions, especially around the introduction of the Lifetime Health Cover policy. Specifically we investigate who was most influenced to purchase PHI (specifically hospital cover) in 2000 as a response to the Lifetime Health Cover policy deadline. Are those who have joined PHI since the introduction of LHC different from those who joined prior to LHC? What are the characteristics of those who have dropped PHI since the introduction of LHC? We model the PHI outcomes allowing for heterogeneity of choice and correlation across alternatives. After controlling for other factors, we find that LHC prompted moderately well-off working age adults (30-49 yrs) to purchase before the 2000 deadline. Young singles or couples with no children, and the overseas born were more likely to purchase since 2000, while the relatively less well-off continue to drop PHI in spite of current policy incentives.private health insurance, Australia 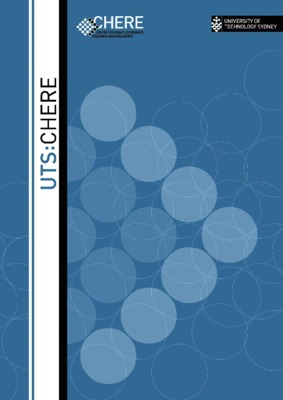