The Employment Impact of Differences in Dmand and Production 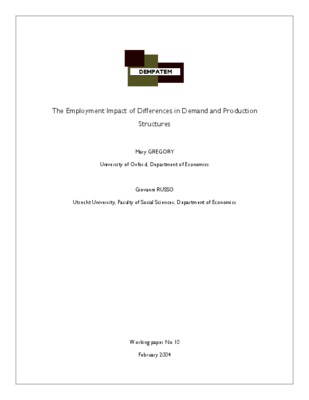