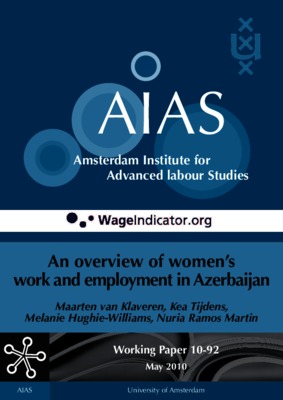 WP 92 - An overview of women's work and employment in Azerbaijan