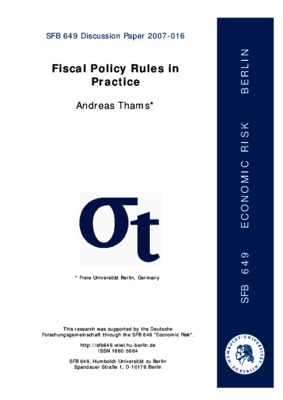 This paper analyzes German and Spanish fiscal policy using simple policy rules. We choose Germany and Spain, as both are Member States in the European Monetary Union (EMU) and underwent considerable increases in public debt in the early 1990s. We focus on the question, how fiscal policy behaves under rising public debt ratios. It is found that both Germany and Spain generally exhibit a positive relationship between government revenues and debt. Using Markov-switching techniques, we show that both countries underwent a change in policy behavior in the light of rising debt/output ratios at the end of the 1990s. Interestingly, this change in policy behavior differs in its characteristics across the two countries and seems to be non-permanent in the case of Germany.Fiscal policy rules, Public Debt, Euro Area, Fiscal Consolidation.