Estimating the Middle Class in Pakistan

The concept ‘middle class’ is one of the most commonly used terms in the social sciences, including economics, sociology and political science. Despite its frequent use there is, however, no consensus on what the term exactly implies and its meaning remains ambiguous depending primarily on the context in which it is used. It is viewed as the class that is between, and separates, the lower and the upper classes, that is the rich and the poor, but there is no agreement on the exact boundaries that separates them. Most of the definitions and measurements of the middle class continue to be somewhat arbitrary and vague. 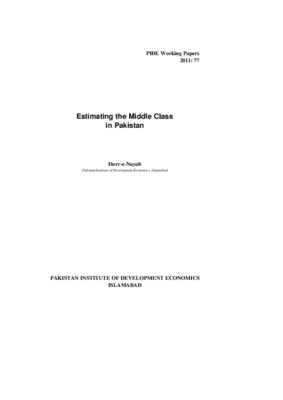