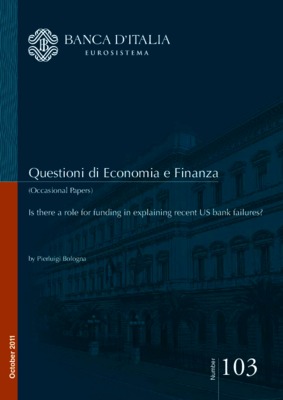 Is there a role for funding in explaining recent US bank failures?

By Pierluigi Bologna
Get PDF (378 KB)

This paper tests the role of different banks’ liquidity funding structures in explaining the bank failures that occurred in the United States between 2007 and 2009. The results highlight that funding is indeed a significant factor in explaining banks’ probability of default. By confirming the role of funding as a driver of banking crisis, the paper also recognizes that the new liquidity framework proposed by the Basel Committee on Banking Supervision appears to have the features needed to strengthen banks’ liquidity conditions and improve financial stability. Its correct implementation, together with closer supervision of banks’ liquidity and funding conditions, appear decisive, however, if such improvements are to be achieved.banks, default, crises, liquidity, funding, brokered deposits, liquidity regulation, deposit insurance, United States