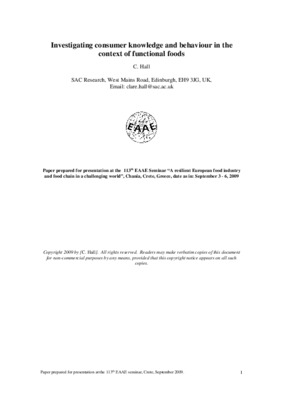 Investigating consumer knowledge and behaviour in the context of functional foods