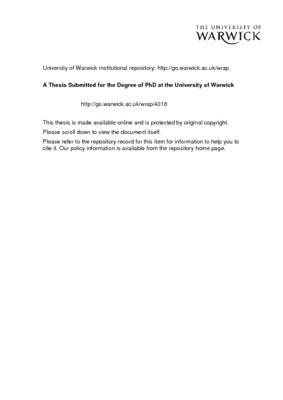 The characterisation of Plc1 : a phospholipase C enzyme identified in the fission yeast Schizosaccharomyces pombe

The plc1 gene product (Plc1) of the fission yeast Schizosaccharomycespombe (Sz. pombe) encodes a phosphoinositide-specific phospholipase C (PLC) and most closely resembles the δ class of the PLC isozymes. PLC hydrolyses phosphatidylinositol 4,5-bisphosphate (PIP2) producing two second messengers, inositol 1,4,5-trisphosphate (InsP3) and diacylglycerol (DAG). The work in this thesis is concerned with aspects of PLC signalling in Sz. pombe cells. Sz. pombe cells lacking p1c1 (Δplc1) display a distinct phenotype. Δplc1 cells are viable they grow slowly at 29'C (and below) on rich medium, but are unable to grow under stressful conditions such as on minimal medium or at 37'C. Loss of Plc1 function has been shown to cause missegregation of chromosomes and enlarged cells with aberrant morphology (Fankhauser et al. 1995). Expression of Plc1 in Δplc1 cells complemented for the loss of Plc1 and resulted in a wild-type Sz. pombe phenotype. Described in this thesis are the characterisation experiments carried out on Plc1. Extracts prepared from wild-type Sz. pombe cells have undetectable Plc1 activity, so an assay was designed, to measure Plc1 activity in vitro. The in vitro assay and expression of Plc1 in Δplc1 cells formed the basis of a set of experiments that helped identify a possible regulatory domain and roles for Plc1 in Sz. pombe cells. Mutant forms of Plc1 were assayed in vitro to determine their level of activity and were then expressed in Δplc1 cells to see if they were able to complement for the loss of Plc1 activity. Temperature sensitive mutants of Plc1 were constructed. This illustrated what happened to a Sz. pombe cell with an active Plc1 at 23'C but when incubated at 37'C Plc1 activity is switched off. This demonstrated that cells lacking Plc1 activity could no longer divide and defects in cell wall structure began to appear. Active site mutants of Plc1 were produced to identify whether InSP3 or DAG are important second messengers in Sz. pombe cells. The Plc1 mutants were unable to hydrolyse PIP2 but could hydrolyse phosphatidylinositol (PI). These mutants hydrolyse PI producing DAG and InsP and were able to rescue the Δplc1 phenotype. This suggests that DAG production may play an important role in regulating stress response pathways whereas InsP is recycled to produce phosphatidylinositols. Yeast PLCs have an extended N-terminal domain, which is not seen in any other eukaryotic PLCs. To investigate the role of this N-terminal domain, mutants of Plc1 and PLC-6 were constructed. They demonstrated that without the N-terminus these mutants were active in vitro but were unable to complement for the loss of Plc1 activity in Δplc1 cells. This indicates that the N-terminal domain may play an important regulatory role