Non-steroidal anti-inflammatory drugs and the risk of atrial fibrillation: A population-based follow-up study 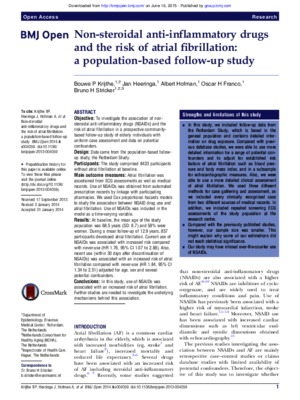 This paper was published in Erasmus University Digital Repository.