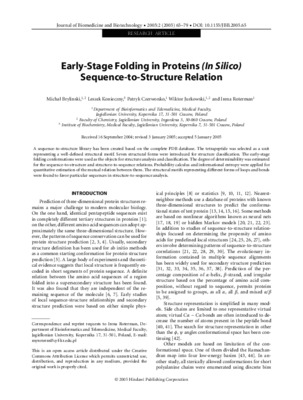 A sequence-to-structure library has been created based on the complete PDB database. The tetrapeptide was selected as a unit representing a well-defined structural motif. Seven structural forms were introduced for structure classification. The early-stage folding conformations were used as the objects for structure analysis and classification. The degree of determinability was estimated for the sequence-to-structure and structure-to-sequence relations. Probability calculus and informational entropy were applied for quantitative estimation of the mutual relation between them. The structural motifs representing different forms of loops and bends were found to favor particular sequences in structure-to-sequence analysis