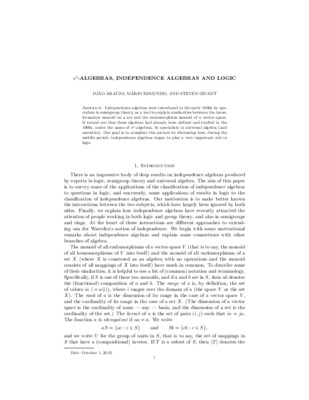 Independence algebras were introduced in the early 1990s by specialists in semigroup theory, as a tool to explain similarities between the transformation monoid on a set and the endomorphism monoid of a vector space. It turned out that these algebras had already been defined and studied in the 1960s, under the name of v*-algebras, by specialists in universal algebra (and statistics). Our goal is to complete this picture by discussing how, during the middle period, independence algebras began to play a very important role in logic