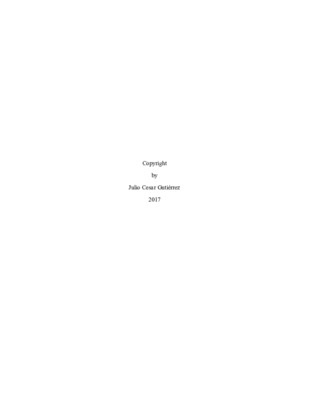 The unsettling charm of entrepreneurship : neoliberal governmentality and micropopulism in El Salvador

The present work deals with the ideological implications of entrepreneurship discourse in El Salvador. I argue that through entrepreneurship discourse, the notions of self-employment in this context are currently shifting from dominant understandings of it as a source of income to one which defines it as a mechanism for self and social improvement. I examine how this shift in meaning is an ongoing process among young middle-income self-employed groups where divisions between people who start up a business by necessity and those who do it for profit opportunities blur due to the highly motivational component of entrepreneurship discourse. This aspect of entrepreneurship is able to generate a great level of excitement around the idea of starting a new business by interacting with local imaginaries of citizenship thus creating a new form of small scale populism or micropopulism. I argue that this process advocates for a resilient rationality in which confrontations with things like exploitation and precarious work dismiss the possibility for profound structural changes in favor of atomized forms of action that reaffirm capitalist relations.Latin American Studie