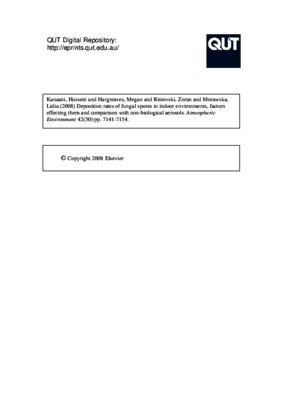 Deposition rates of fungal spores in indoor environments, factors effecting them and comparison with non-biological aerosols