Good Neighbor Renditions and the Enemy Alien: The Latin American Civilian Internees of World War II and the Integrity of the Good Neighbor Policy 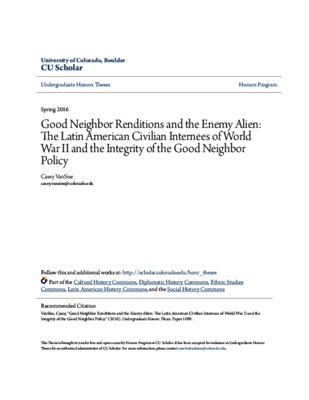