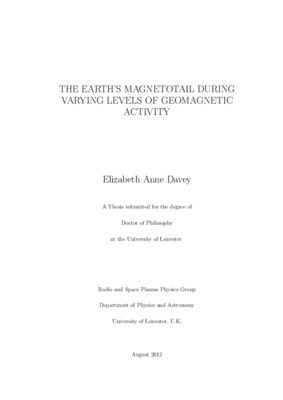 The Earth's Magnetotail during Varying Levels of Geomagnetic Activity