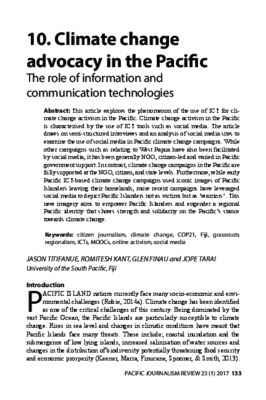 Climate change advocacy in the Pacific: The role of information and communication technologies