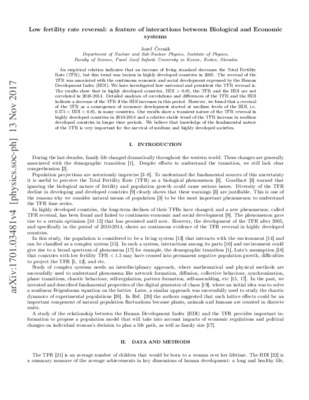 Low fertility rate reversal: a feature of interactions between Biological and Economic systems