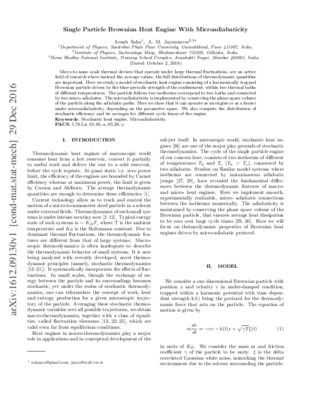 Micro-to-nano scale thermal devices that operate under large thermal fluctuations, are an active field of research where instead the average values, the full distributions of thermodynamic quantities are important. Here we study a model of stochastic heat engine consisting of a harmonically trapped Brownian particle driven by the time-periodic strength of the confinement, within two thermal baths of different temperatures. The particle follows two isotherms correspond to two baths and connected by two micro-adiabates. The microadiabaticity is implemented by conserving the phase space volume of the particle along the adiabatic paths. Here we show that it can operate as an engine or as a heater under microadiabaticity, depending on the parameter space. We also compute the distribution of stochastic efficiency and its averages for different cycle times of the engine.Comment: 3 pages, 1figur