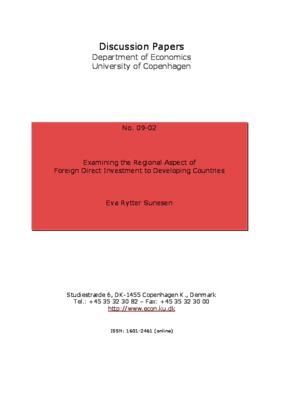 This paper applies a general-to-specific analysis to detect regularities in the driving forces of foreign direct investment (FDI) that can explain why some regions are more attractive to foreign investors than others. The results suggest that regional differences in FDI inflows to African, Asian and Latin American countries can be fully explained by structural characteristics rather than fixed regional effects. The implication of this finding is that countries that are lagging behind other developing countries in attracting foreign capital have the opportunity to implement policies aimed at improving the investment climate for foreign investors. This also means that there is no African bias. Among a large number of return and risk variables applied in the empirical literature, growth and inflation turn out to be the only robust and significant FDI determinants across regions although the size of their impact varies.foreign direct investment; Africa, Asia; Latin America; general-to-specifc