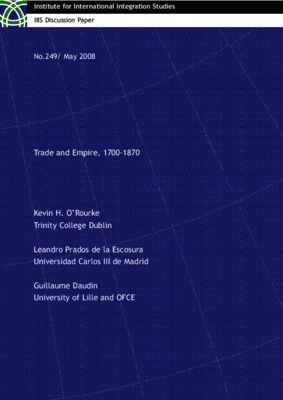 This paper surveys the rise and fall of the European mercantilist system, and the transition to the modern, well-integrated international economy of the 19th century. It also surveys the literature on the links between trade and economic growth during the period, and on the economic effects of empire.