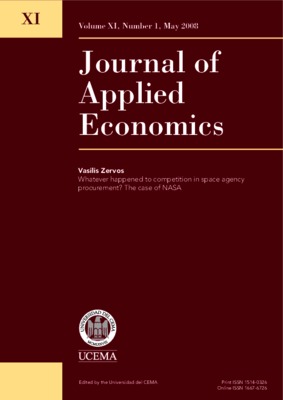 Whatever happened to competition in space agency procurement? The case of NASA

Using the U.S. National Aeronautics and Space Administration (NASA) as a case study, this paper examines how conflicting objectives in procurement policies by public space agencies result in anti-competitive procurement. Globally, public sectors have actively encouraged mergers and acquisitions of major contractors at the national level, since the end of the “Cold War”, following largely from the perceived benefits of economies of size. The paper examines the impact the resulting industrial concentration has on the ability of space agencies to follow a pro-competitive procurement policy. Using time series econometric analysis, the paper shows that NASA’s pro-competitive policy is unsuccessful due to a shift, since the mid-1990s, in the share of appropriations in favour of its top contractors.procurement, space industry, space agencies, NASA