Structural and Cyclical Movements of the Current Account in the U.S. 1976-2007 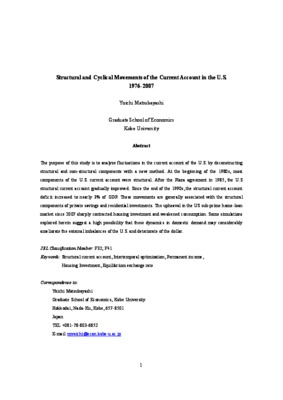