FISCAL CONSOLIDATION AND DECENTRALISATION: A TALE OF TWO TIERS 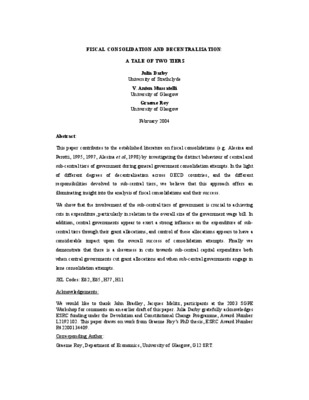