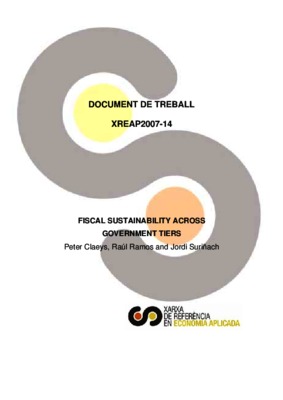 This paper analyses how fiscal adjustment comes about when both central and sub-national governments are involved in consolidation. We test sustainability of public debt with a fiscal rule for both the federal and regional government. Results for the German Länder show that lower tier governments bear a relatively smaller part of the burden of debt consolidation, if they consolidate at all. Most of the fiscal adjustment occurs via central government debt. In contrast, both the US federal and state levels contribute to consolidation of public finances.Fiscal policy, fiscal rules, EMU, SGP, fiscal federalism.