On the Existence of the Moments of the Asymptotic Trace Statistic 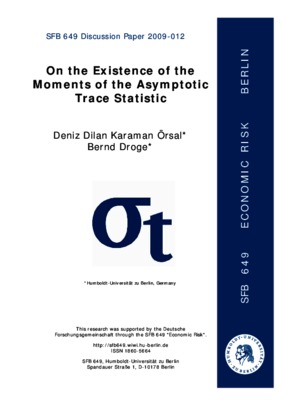