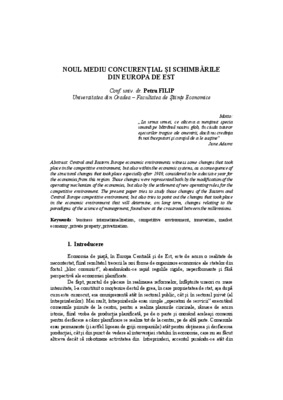 The new concurrent environment and the Eastern Europe changes