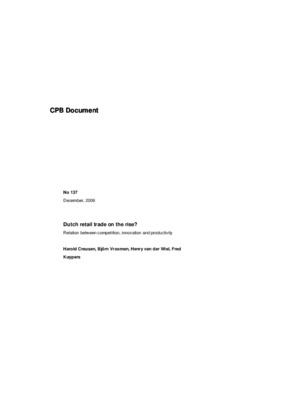 Dutch retail trade on the rise? Relation between competition, innovation and productivity