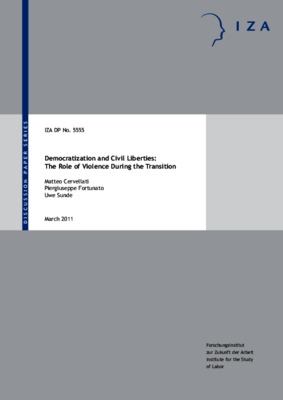 Democratization and Civil Liberties: The Role of Violence During the Transition