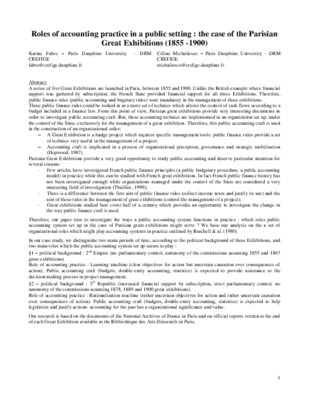 Roles of accounting practice in a public setting: the case of the Parisian Great Exhibitions (1855-1900).

By Céline Michaïlesco and Karine Fabre
Get PDF (344 KB)