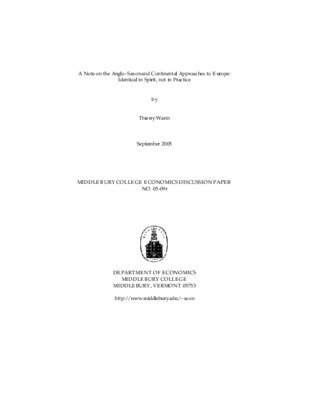 A Note on the Anglo-Saxon and Continental Approaches to Europe: Identical in Spirit, not in Practice