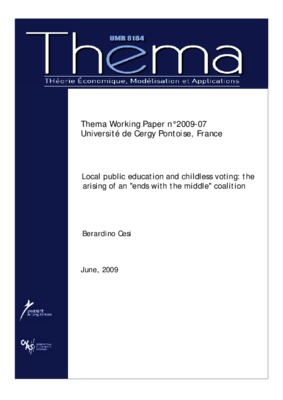 Local public education and childless voting : the arising of an "ends with the middle" coalition