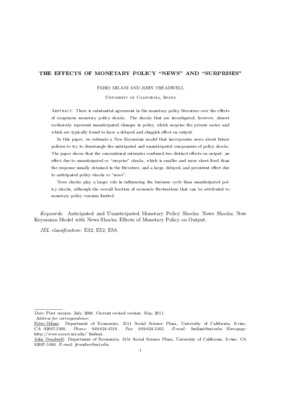 By Fabio Milani and John Treadwell
Get PDF (195 KB)