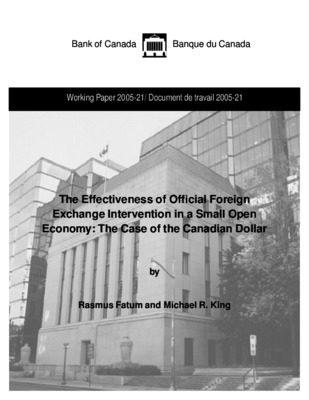 The Effectiveness of Official Foreign Exchange Intervention in a Small Open Economy: The Case of the Canadian Dollar