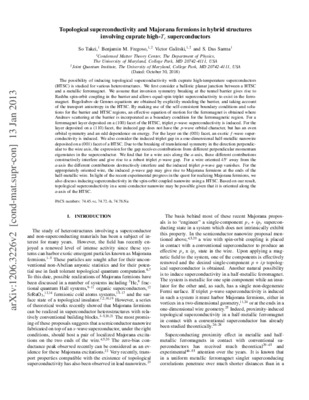 The possibility of inducing topological superconductivity with cuprate high-temperature superconductors (HTSC) is studied for various heterostructures. We first consider a ballistic planar junction between a HTSC and a metallic ferromagnet. We assume that inversion symmetry breaking at the tunnel barrier gives rise to Rashba spin-orbit coupling in the barrier and allows equal-spin triplet superconductivity to exist in the ferromagnet. Bogoliubov-de Gennes equations are obtained by explicitly modeling the barrier, and taking account of the transport anisotropy in the HTSC. By making use of the self-consistent boundary conditions and solutions for the barrier and HTSC regions, an effective equation of motion for the ferromagnet is obtained where Andreev scattering at the barrier is incorporated as a boundary condition for the ferromagnetic region. For a ferromagnet layer deposited on a (100) facet of the HTSC, triplet p-wave superconductivity is induced. For the layer deposited on a (110) facet, the induced gap does not have the p-wave orbital character, but has an even orbital symmetry and an odd dependence on energy. For the layer on the (001) facet, an exotic f-wave superconductivity is induced. We also consider the induced triplet gap in a one-dimensional half-metallic nanowire deposited on a (001) facet of a HTSC. We find that for a wire axis along the a-axis, a robust triplet p-wave gap is induced. For a wire oriented 45 degrees away from the a-axis the induced triplet p-wave gap vanishes. For the appropriately oriented wire, the induced p-wave gap should give rise to Majorana fermions at the ends of the half-metallic wire. Based on our result, topological superconductivity in a semi-conductor nanowire may also be possible given that it is oriented along the a-axis of the HTSC.Comment: 14 pages, 4 figure