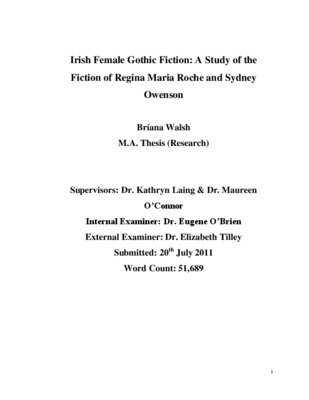 Irish Female Gothic Fiction: A Study of the Fiction of Regina Maria Roche and Sydney Owenson