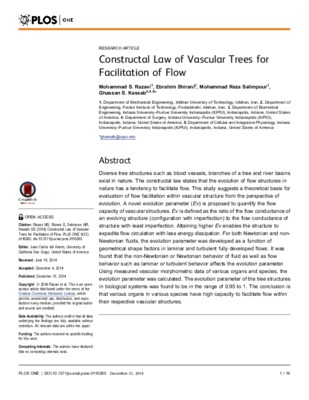 Constructal law of vascular trees for facilitation of flow