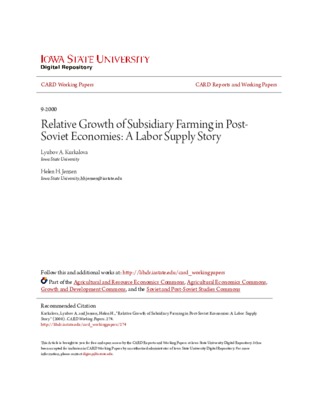 An agricultural household model (AHM) is applied to analyze the changes in labor supply of post-Soviet households. Extensions of the model are presented in which wage and pension arrears are modeled as income uncertainty. Considering two models, one for wage earning households and another for pensioners, we find that wage and pension uncertainties increase subsidiary farming hours and so does a mean-preserving spread in the distribution of pensions. A decline in the probability of receiving wages not only increases subsidiary farming hours but also reduces wage work hours