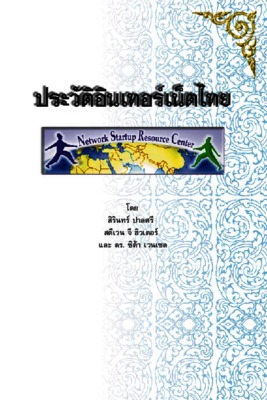 The History of the Internet in Thailand (Thai)

Thailand was an early participant in bringing the Internet to Asia, and it has a fascinating, but little-known, networking history. The grassroots efforts by a few dedicated and visionary university professors have resulted in a fully functional national network, despite the limited infrastructure and numerous technical obstacles of the early days. In fact, networking in Thailand began when virtually nothing existed in the country to establish a viable computer network. Telephone density was low, technical knowledge was scarce, and computers were expensive. However, some Thai engineers managed to create the academic network with a small budget and some technical assistance from Australia. Beginning with a UUCP connection and X.25 in 1987, the Thai academic network gradually transitioned to full TCP/IP in 1992. Boosted by the strong economic growth of the early ’90s, collaboration occurred with the private sector and was augmented by international financial support. The use of the Internet in Thailand is now highly valued, especially by the younger generation. Currently, the Internet is not only a significant tool for information sharing among academics and students, but also an alternative media and a new business opportunity for Thais. The state of academic networking in Thailand has grown significantly, reaching almost every university and research institution in the country. Many Thai schools and universities are using the Internet and its applications in their curricula. The government is planning to invest more in Information Technology (IT) and human resources by improving the telecommunications infrastructure and providing more education. As of this writing, Thailand has 16 Internet Service Providers (ISPs) operating nationwide with a combined leased line capacity above 30Mbps.National Science Foundation under Grant No. NCR-96165