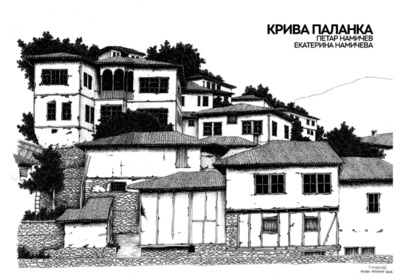 The town house in Kriva Palanka contains certain stylistic features, according to the development of living space in the 19th century, in the particular context of the Balkans, according to their shape, construction materials, exterior and interior design, decoration and color. The town house was formed with several specific expressive elements represented in the construction system, spatial composition and architectural decorative treatment. The spatial system of the urban house was usually consisted of a central space (porch or veranda), which connected the rooms that would be raised to its two sides. The interior that shaped the town house contained embedded chests, cupboards, decorated ceilings, fireplaces and other decorative items that formed the harmonious stylistic composition in the space. The outer shape and form of the townhouse is a result of the internal organization of space, adjusted to the site conditions and the urban matrix of deployment of building volumes. The region of Kriva Palanka contains a rich collection of preserved specimens of architectural heritage