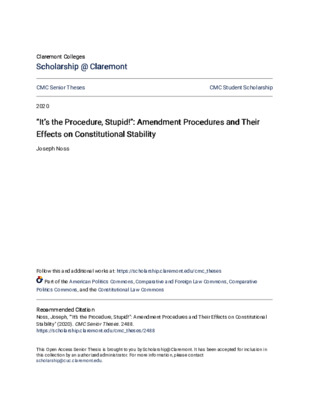 “It’s the Procedure, Stupid!”: Amendment Procedures and Their Effects on Constitutional Stability