Invasive Alien Species: Animals including Fishes and their Pests

Alien species cause major environmental and economic problems worldwide and India is not an exception. Many native species are threatened by competition and predation from the invaders, resulting in the ecosystem modification and loss of biodiversity. Quantification of the ecosystem damage and loss to biodiversity due to alien species invasion is complex due to the interaction of many biotic and abiotic factors. Because of human population growth and human activities related to trade and tourism, the present time is witnessing increased risks associated with aIien species introductions. This damage is further aggravated by climate change, pollution, habitat loss and human-induced disturbance 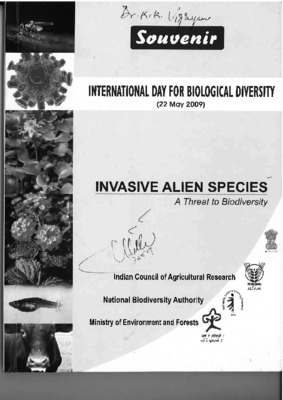