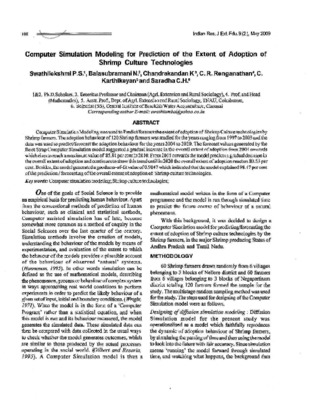 Computer simulation modeling for prediction of the extent of adoption of shrimp culture technologies (This paper is the part of the Ph.D thesis which got Jawaharlal Nehru Award 2006 for Outstanding Research in Social Sciences