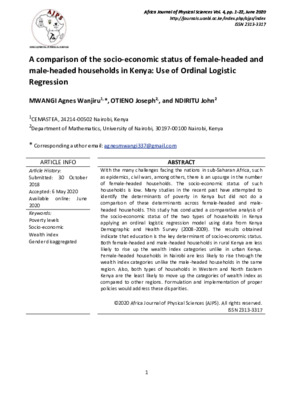 A comparison of the socio-economic status of female-headed and male-headed households in Kenya: Use of Ordinal Logistic Regression