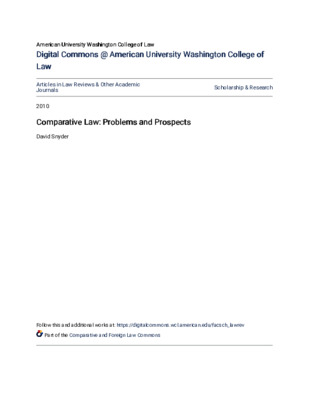 The following is an edited transcript of the closing plenary session of the XVIIIth International Congress of Comparative Law. The session took place on Saturday, July 31, 2010, in Washington, D.C., at the conclusion of the week-long congress, which is held quadrennially by the International Academy of Comparative Law (Académie Internationale de Droit Comparé). The remarks were given in a mix of French and English, but for ease of reading the transcript below is almost entirely in English