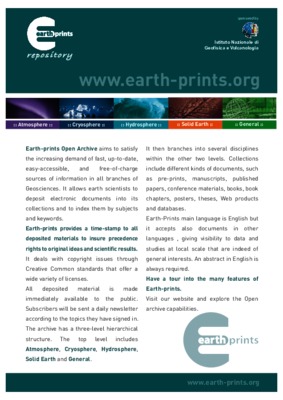 New geological, seismological and geodetic data indicate that a NNW-SSE compressive regime occurs in the southern and western sector of Mt. Etna, accommodated by aseismic folding at the front of the chain. In particular, a large WSW-ENE trending anticline (the Catania anticline) is growing west and north of Catania within a middle-late Pleistocene fold system. For its location, geometry and growth rate, it is consistent with detachment fold models. We exclude that this structure have developed in response to volcanic spreading, as proposed by previous authors. Looking at the earthquakes distribution , an interesting finding is a clear trend of the seismic events deepening from very shallow hypocenters, in the area south of Etna, down to a depth of about 35 km, towards the NNW. Moreover, most of the events are clustered. We computed the focal mechanisms for the major and best recorded earthquakes occurring in the area. One cluster located at few kilometers north-west of the summit craters shows fault mechanisms of the deeper events with nearly horizontal P-axes striking NNW-SSE. A segment of the Sicilian Basal Thrust, located at crustal depth under the northwestern sector of the volcano, could be the seismic source. We propose the occurrence of detachment folding at the chain front, as response of a surface frontal propagation of this regional structure, migrating within the clayish middle-late Pleistocene foredeep deposits or at the top of the buried Hyblean foreland sequence. Geological and morphometric analyses suggest a maximum up warp deformation along the anticline axis of 40 m in the last 6000-7000 yrs, with a vertical slip-rate of 5 - 7 mm/yr. These values are consistent with the growth rate of 9 - 10 mm/yr estimated by interferometric data and the horizontal shortening of 5 mm/yr obtained by GPS measurements. Our analysis confirms that, besides the activity related to the volcanic feeding system, the seismic pattern under Mt. Etna edifice can be certainly related to the regional dynamics. The compressive stress is converted into elastic accumulation and then in earthquakes along the ramps to the rear of the chain, whereas along the frontal detachment it is accommodated by aseismic ductile deformation. In fact, despite the high rates of convergence, the seismicity is moderate at the front of the chain and the “seismic efficiency" of the Sicilian Basal Thrust is greater in correspondence of ramps at the rear, where strong earthquakes can occur.Publishedhttp://www.geoscienze2014.it/1T. Geodinamica e interno della Terraope