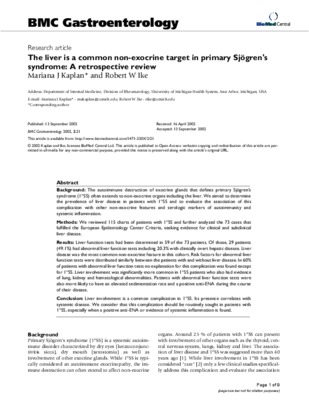 The liver is a common non-exocrine target in primary Sjögren's syndrome: A retrospective review