\u3ci\u3e\u3c/i\u3eIntuitions about God and Satan: The relationship of mentalizing and imagination with the experience of supernatural good and evil 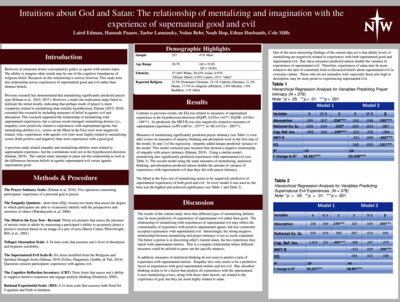 This paper was published in NWCommons: Institutional Repository of Northwestern College.