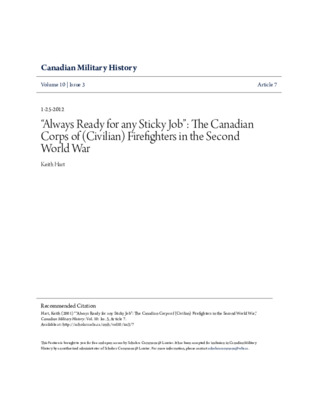 “Always Ready for any Sticky Job”: The Canadian Corps of (Civilian) Firefighters in the Second World War

The Canadian Corps of (Civilian) Firefighters was created. In 1942 to assist the British National Fire Service (NFS) in fighting fires caused by German bombings. Some 400 specially-recruited Corps members served in Britain from 1942 to 1944 under often very hazardous conditions. Its story remains one of the forgotten and more unique Canadian contributions to the war effort