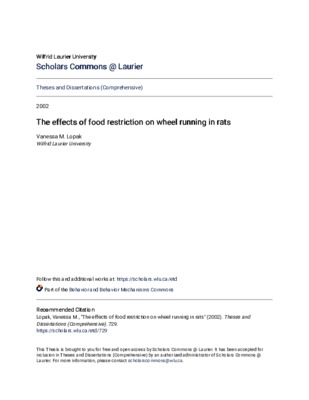 The effects of food restriction on wheel running in rats